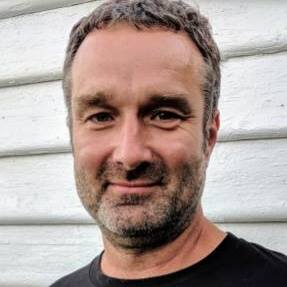 Save the Planet has chosen its candidate for the Batman by-election Adrian Whitehead. Adrian will be the only candidate running with policies to reverse global and who is willing to prioritising care for current and future generations and the environment over all other issues.

Adrian is running to force Labor and the Greens into adopting policy that can stop a future climate catastrophe.

“I am sick of the Greens and Labor pretending they care about people and the environment. If you implemented their current policies we lose the Great Barrier Reef, most of our natural ecosystems, destroy low lying island states and countries, millions will die, and millions more will be made refugees as war and famine spread around the world. Do Alex and and Ged really stand behind these policies?“ he said.

Adrian has been campaigning to reverse global warming since 2003. His  work has included setting up Beyond Zero Emissions and establishing the Vote Climate campaign.

Prior to 2003 Adrian campaigned on forest issues including helping establish the campaign that created the Great Otway National Park.

Adrian is not new to politics having run for Save the Planet in 2014 in Corangamite and in 2016 in Darebin local elections and previously as climate emergency independent in 2012 at the Melbourne District by-election and Darebin Council elections.

Adrian has also been a former Victorian Greens state convener, ran numerous times for the Greens and was a member of the young Liberals.

'By running candidates we hope to force major parties to adopt real climate policy that is designed to stop a climate catastrophe and reverse global warming', said Adrian.

Adrian needs your help to save the future for our kids and the world's ecosystems. You can help by giving some of your time over the next few weeks to help the campaign, even an hour to two will be a great help.

Thanks to everybody who  already helped get the 100 signatures for him to run as a candidate.

HELP WITH THE CAMPAIGN

See Save the Planet's policy page and national platform page.

The Darebin Community Network organised a candidates forum at Northcote Town Hall on the sixth of March. Five of the 10 candidates were invited.

A recording of event is available here as a facebook video.  Adrian's main speech starts at 13.22 his reply starts at 1.42.22