In between elections, Bryony has been encouraging councils across Australia to adopt climate emergency policy with CACE (Community Action in the Climate Emergency) and works full time in human services. She's also an avid organic grower and cyclist and has lived in the Victorian State seat of Northcote since 2008.

How to Vote Card and Flier

Can you help hand out how to vote cards on election day? If yes, email us at VOTEPLANET at GMAIL dot COM.

Preferences are based solely on climate policy and perceived likelihood that candidates would prioritise climate action (NO PREFERENCE DEALS!). 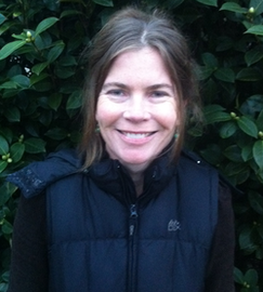 I support Save the Planet's primary and secondary policy platform​s to go to zero emissions across all sectors at emergency speed, to start drawing down excess emissions through revegetation, rebuilding soil carbon, biochar, and other available technologies, and by doing whatever else it takes. This is a huge scope of work encompassing transport, construction, stationary energy, urban, regional and rural land use, waste, and more.

The Darebin Community Network organised a candidates forum at Northcote Town Hall. Ten of the 12 candidates attended. - a few mentions on the climate emergency including from Lydia (Green) and Claire (Labor), which is heartening, but not much talk on real climate emergency goals.