action to save this planet

Save the Planet is a campaign to create a sustainable, secure, innovative, just and fair system for this world.

We focus on the most pressing issues driving us into an ecological, social and economic crisis:

Save the Planet is building a member-based organisation to run and support non-election and election campaigns.

We are a political party and campaign organisation determined to implement vital changes needed to:
We want to sustain humanity, civilisation and the diversity of life on the planet and to improve wellbeing for all people.

We seek to achieve this through public education and political and non-political campaigning.

Save the Planet will seek to keep the dirty internal and external politics that consumes so much of big party politics out of its organisation.

We do this by having a range of mechanisms to ensure a healthy party. These include:

Download File
CONSTITUTION﻿
Our constitution sets out the rules of association that govern the party, including its executive, branches, candidates and members. 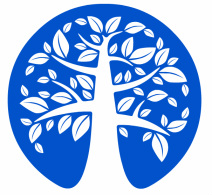