This page has been set up to answer some of the common questions we get about the Save the Planet party. This sections is divided into organisational and political questions.

Vision and Purpose
Find out about this here.

Who does the work
Save the Planet is run on the efforts of volunteers and is always looking for people to help administration and campaign-related tasks.
​
Funding
Save the Planet is funded through private donation of the members and supporters.

Policies
Find out about this here.

Our logo
Our logo is a white tree on a blue circle. The white tree represents life and ecology and reflects many cultures' use of a tree of life to reflect the reality of existence.

​The blue circle represents our blue ocean covered planet. When our logo is reversed, for example on our t-shirts, some people think of the a tree standing in front of a rising moon.

The Save the Planet Party will not be distracted by issues unrelated to the building of a Safe-Climate-restoring economy, done at Emergency Speed. And we will work with other political parties across the political spectrum to get this outcome.

The purpose of the Save the Planet Party is to campaign so effectively on our core goals that we make it a political necessity for all other major parties – including the Greens – to lift their environmental policies and performance to match our position. It then will be possible to build a Safe-Climate-restoring economy in Australia at Emergency Speed. We can do this through public education and using political leverage at elections.


If I vote for a minor party such as Save the Planet or the Greens won't I just be wasting my vote?
Many Australias are confused by how our voting system works and think voting for a minor party or independent is a waste. This is simply not the case.

As voters we rank the parties in order of our preferred choice on our ballot papers from "1" (most preferred) to least preferred.  If no candidate gets the required number of votes to win, which in a single member electorate is 50% of the vote plus 1 vote, candidates with the least votes get knocked out and their votes are distributed at full value to remaining candidates.

See this 1 minute video for a more detailed and graphical explanation https://www.youtube.com/watch?v=0xs1TUGwqiE

Multi-member (eg. Senate, Victorian Upper House) electorates are slightly more complex. However, the same principles apply: a minimum number of votes is required for each available position, and those candidates with the lowest number of votes are knocked out of the race and have their votes redistributed at full value until all the positions are filled. The only difference is that excess votes from candidates who have already been elected to a position have their votes redistributed at a reduced value proportional to the amount of excess votes they received until all positions are filled.

Who exactly can join the party?
Anyone can join. However at the moment we are concentrating on people who can vote here in Australia because we need to submit to the Australia Electoral Commission (AEC) a list of 550 people who are registered to vote. The AEC then checks a random sample of these 550 members to determine if we qualify to be a registered party or not. These 550 members must be registered to vote at the residential address they have given us and their registration can only be counted towards one political party. If people can vote in Australia but are not registered or registered at the wrong address they are encouraged to join so long as they register to vote or update their residential address as soon as possible.

What about non-core policy issues such as gay marriage, animal rights or land tax?
We have deliberately restricted Save the Planet's policies to a limited focus around key issues on climate change with the hope that we can attract wide support for emergency speed action to restore a safe climate. All candidates have agreed to our purpose and goals which include the creation of a world that is environmentally and socially sustainable and working to eliminate high levels of inequality.  Candidates also have to pass a good character test which includes not being racist or sexist. In the context of these constraints, on any other policy issue, a Save the Planet candidate is effectively an independent and you would need to ask their personal views.

Why not work for reform within the Greens, the ALP or the Liberal or National Parties etc.?
If you want to work for reform within one of the other parties, we will encourage you!!!!   There is clearly a huge amount of necessary work to do in the Liberal and National Parties and in the ALP.  The Greens climate policy is better than the other major parties by a long way but, but as yet they haven't taken on an emergency action program and their goals are 10 to 15 years too slow - so there's a clear opportunity to push the Greens to go the next essential step.

So why have we decided to take a different path?   It's because, as individuals, we have tried the reform-from-within strategy (for years) – both within political parties and also within community/NGO groups.  We've made some useful progress but results have been very slow in coming.

There is huge resistance until recently to taking on the emergency approach because:
We figure it will be a lot easier and faster to start afresh and demonstrate in practical terms what we think needs to be done without having to struggle against the internal resistance.  If we can show that the emergency response approach can work as a political program we believe some of the existing parties will then use our methods and ideas, once we've taken the risk out of them.

And if the other parties never develop the needed vision and leadership skills, then there will be at least one party that people can support to drive the needed change – Save the Planet. 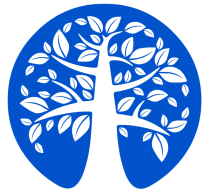